A sentence can offer a moment of quiet, it can crackle with energy or it can just lie there, listless and uninteresting.

What makes the difference? The verb.

Verbs kick-start sentences: Without them, words would simply cluster together in suspended animation. We often call them action words, but verbs also can carry sentiments (love, fear, lust, disgust), hint at cognition (realize, know, recognize), bend ideas together (falsify, prove, hypothesize), assert possession (own, have) and conjure existence itself (is, are). 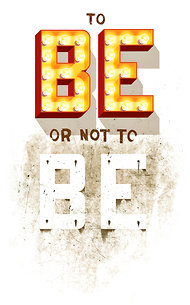 Fundamentally, verbs fall into two classes: static (to be, to seem, to become) and dynamic (to whistle, to waffle, to wonder). (These two classes are sometimes called “passive” and “active,” and the former are also known as “linking” or “copulative” verbs.) Static verbs stand back, politely allowing nouns and adjectives to take center stage. Dynamic verbs thunder in from the wings, announcing an event, producing a spark, adding drama to an assembled group.

Static verbs themselves fall into several subgroups, starting with what I call existential verbs: all the forms of to be, whether the present (am, are, is), the past (was, were) or the other more vexing tenses (is being, had been, might have been). In Shakespeare’s “Hamlet,” the Prince of Demark asks, “To be, or not to be?” when pondering life-and-death questions. An aging King Lear uses both is and am when he wonders about his very identity:

Who is it that can tell me who I am?

Jumping ahead a few hundred years, Henry Miller echoes Lear when, in his autobiographical novel “Tropic of Cancer,” he wanders in Dijon, France, reflecting upon his fate:

Yet I am up and about, a walking ghost, a white man terrorized by the cold sanity of this slaughter-house geometry. Who am I? What am I doing here?

Drawing inspiration from Miller, we might think of these verbs as ghostly verbs, almost invisible. They exist to call attention not to themselves, but to other words in the sentence.

Another subgroup is what I call wimp verbs (appear, seem, become). Most often, they allow a writer to hedge (on an observation, description or opinion) rather than commit to an idea: Lear appears confused. Miller seems lost.

Finally, there are the sensing verbs (feel, look, taste, smell and sound), which have dual identities: They are dynamic in some sentences and static in others. If Miller said I feel the wind through my coat, that’s dynamic. But if he said I feel blue, that’s static.

Static verbs establish a relationship of equals between the subject of a sentence and its complement. Think of those verbs as quiet equals signs, holding the subject and the predicate in delicate equilibrium. For example, I, in the subject, equals feel blue in the predicate.

Dynamic verbs are the classic action words. They turn the subject of a sentence into a doer in some sort of drama. But there are dynamic verbs — and then there are dynamos. Verbs like has, does, goes, gets and puts are all dynamic, but they don’t let us envision the action. The dynamos, by contrast, give us an instant picture of a specific movement. Why have a character go when he could gambol, shamble, lumber, lurch, sway, swagger or sashay?

Picking pointed verbs also allows us to forgo adverbs. Many of these modifiers merely prop up a limp verb anyway. Strike speaks softly and insert whispers. Erase eats hungrily in favor of devours. And whatever you do, avoid adverbs that mindlessly repeat the sense of the verb, as in circle around, merge together or mentally recall.

This sentence from “Tinkers,” by Paul Harding, shows how taking time to find the right verb pays off:

The forest had nearly wicked from me that tiny germ of heat allotted to each person….

Wick is an evocative word that nicely gets across the essence of a more commonplace verb like sucked or drained.

Sportswriters and announcers must be masters of dynamic verbs, because they endlessly describe the same thing while trying to keep their readers and listeners riveted. We’re not just talking about a player who singles, doubles or homers. We’re talking about, as announcers described during the 2010 World Series, a batter who “spoils the pitch” (hits a foul ball), a first baseman who “digs it out of the dirt” (catches a bad throw) and a pitcher who “scatters three singles through six innings” (keeps the hits to a minimum).

Imagine the challenge of writers who cover races. How can you write about, say, all those horses hustling around a track in a way that makes a single one of them come alive? Here’s how Laura Hillenbrand, in Seabiscuit, described that horse’s winning sprint:

Carrying 130 pounds, 22 more than Wedding Call and 16 more than Whichcee, Seabiscuit delivered a tremendous surge. He slashed into the hole, disappeared between his two larger opponents, then burst into the lead… Seabiscuit shook free and hurtled into the homestretch alone as the field fell away behind him.

Even scenes that at first blush seem quiet can bristle with life. The best descriptive writers find a way to balance nouns and verbs, inertia and action, tranquillity and turbulence. Take Jo Ann Beard, who opens the short story “Cousins” with static verbs as quiet as a lake at dawn:

Here is a scene. Two sisters are fishing together in a flat-bottomed boat on an olive green lake….

When the world of the lake starts to awaken, the verbs signal not just the stirring of life but crisp tension:

A duck stands up, shakes out its feathers and peers above the still grass at the edge of the water. The skin of the lake twitches suddenly and a fish springs loose into the air, drops back down with a flat splash. Ripples move across the surface like radio waves. The sun hoists itself up and gets busy, laying a sparkling rug across the water, burning the beads of dew off the reeds, baking the tops of our mothers’ heads.

Want to practice finding dynamic verbs? Go to a horse race, a baseball game or even walk-a-thon. Find someone to watch intently. Describe what you see. Or, if you’re in a quiet mood, sit on a park bench, in a pew or in a boat on a lake, and then open your senses. Write what you see, hear and feel. Consider whether to let your verbs jump into the scene or stand by patiently.

Verbs can make or break your writing, so consider them carefully in every sentence you write. Do you want to sit your subject down and hold a mirror to it? Go ahead, use is. Do you want to plunge your subject into a little drama? Go dynamic. Whichever you select, give your readers language that makes them eager for the next sentence.

{This article originally appeared in 2012 in a series called "Draft" in the New York Times.}